I've hankered after a Diana F camera by Lomography for a while now and when they got in touch to ask if I'd like to experiment with one of their cameras I jumped at the chance! 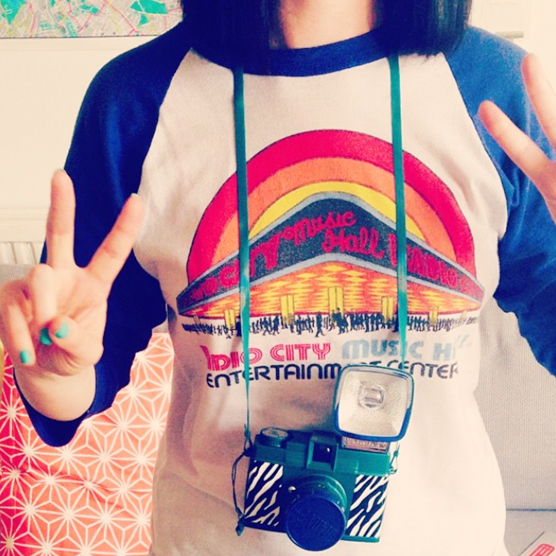 Diana & I ready to go on an adventure!

One sunny Saturday in May, I set off on an adventure around my neighbourhood with the hope of capturing some of the local character with my zany zebra camera the Diana F by Lomography.

I started out at Broadway market which was super busy as usual and the hustle bustle made it difficult to frame potential images. With just 12 photos to a roll each shot suddenly felt so precious which was a strange but nice feeling, not as throwaway and thoughtless as when using the iPhone.

I moved on from the market and onto one of the prettiest streets in the East End: Columbia road which is lovely and quiet on a Saturday and then along the canal. 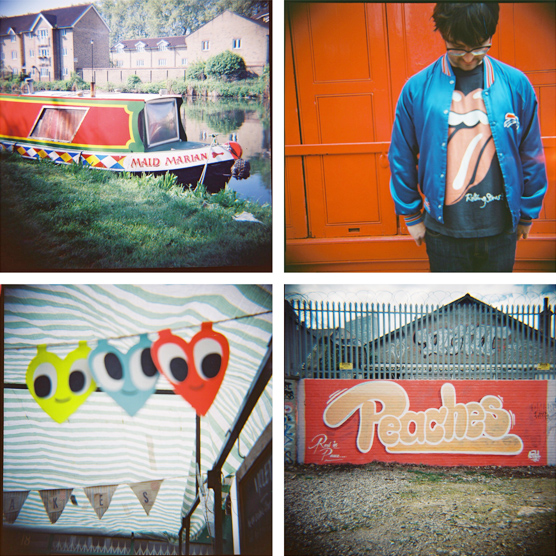 I decided to develop my first roll before shooting another so I could check out the results. Disappointingly many of them were quite blurry which I’ve discovered can be a common error for a beginner and as I set off to use my second roll today these are the steps I’ll be following to ensure it doesn’t happen again..

1. A pal on Twitter pointed out my shots were blurry in the foreground but sharp in the background. I hadn’t been setting the distance of my subject on the inner ring. There are 3 options 1-2m, 2-4m and 4m and you twist the dial so the arrow points at the relevant setting.

3. If it’s not super sunny then use the flash.

4. Take a back up shot with the iPhone just in case the shot taken on the Diana is blurry.

5. Lomography also have “The 10 Golden Rules” which I will study!

Of course I could always use a tripod, but I really want to use my Diana ‘on the go’ and just have fun with it.

I’ll let you know how it goes!