Lola - the hand-printed hanger. A Thrift-ola original
« The Best Mode of Transport for a Thrifter?
My Next Crafty Adventure – Gocco Printing »

Car Bootin’ with the Boys

Once the boyz had finished up their impromptu dumpster photoshoot it was full steam ahead to one of the biggest car boot sales on the outskirts of London Town. 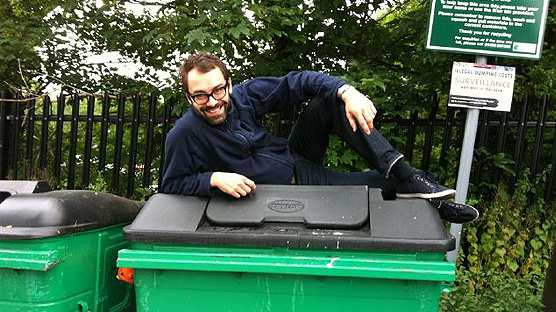 There’s nothing better than a giant bank holiday monday car boot sale and today I decided to go to Taplow in Berkshire to search for treasure. My friends Pete and Sam also fancied a thrifty adventure and joined me on the short train ride from Paddington into the sunny countryside.

Reasons for going to Taplow car boot sale #1 – Taplow train station is literally opposite the field in which the car boot sale takes place. Hurrah. 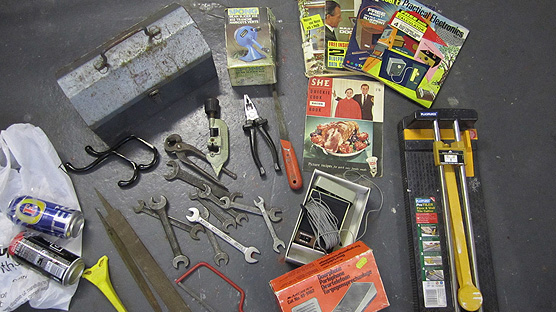 We observed normal protocol and arrived for 9am even though it’s not advertised to start until 11am. You can’t fool us! We immediately went our separate ways and met up again at Sizzlers tea bar at midday for a show ‘n’ tell session, cup of tea and a crap hotdog. Sam’s really into D.I.Y and making stuff so he bought lots of tools, some old electronics manuals with ace graphics and a 1970’s door bell/intercom system his parents had when he was growing up.

Reasons for going to Taplow car boot sale #2 – When the sale opens on a bank holiday Monday it closes on the Sunday so you’ve got a fresh crop of goods to sift through. Excellent. 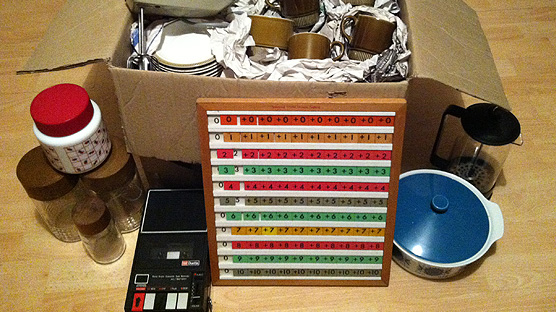 Pete stuck to his thrifting plan and bought lots of useful kitchenalia to replace his boring Ikea stuff including an entire Poole pottery dinner service. He also found a Duette tape recorder and a scoreboard type thing which he’s cleverly made his Twitter background.

Taplow car boot sale most certainly gets a Thrift-ola thumbs up. Car booting with boys gets a double thumbs up, not for the dumpster photoshoot shenanigans, but for helping me haul all my loot back to East London. Thanks boys.

« The Best Mode of Transport for a Thrifter?
My Next Crafty Adventure – Gocco Printing »

One Response to Car Bootin’ with the Boys