Lola - the hand-printed hanger. A Thrift-ola original
« The One That Got Away
Printmaking Workshop with Zeena Shah »

From A Stall in Camden Market…

Having started my own independent business at Portobello Market I've always been inspired by the Hemingway duo so I jumped at the chance to hear Wayne tell us some stories from throughout the years.

A large scale wallpaper version of the classic 1950's Lady of the Orient by Tretchikoff.

Last night I attended the Museum of London where Caryn Franklin was in conversation with Wayne Hemingway for 1 magical hour. I hugely enjoyed his stories peppered with precise facts and he didn’t gloss over the mistakes they made along the way either like the Red or Dead one-legged-legging. They only ever sold one pair and that was returned the next day. He talked about sourcing from jumble sales to stock their 14 stall strong pitch at Camden in the early 80s and images flashed up on the screen behind from his home which is also decorated with reupholstered midcentury furniture purchased for peanuts back in the day. 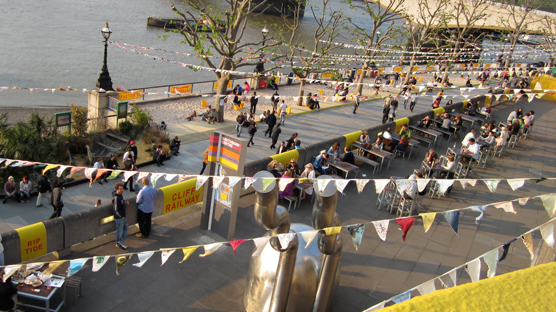 The Southbank is the new venue for Vintage to coincide with 60 years since the Festival of Britain.

I loved hearing about his collection of big eyed paintings (1700 no less!), talk about the early days in Kensington market where they took their first wholesale order and how his Mum helped set up his first factory in England. But what I took away most is that this is a love story between two people – Wayne and his wife and business partner Geraldine. The two students who traveled down on the £8 train to London and from a humble market stall built an affordable and ethical fashion empire (before it was oh-so hip to do so) whilst also raising a family – they had 3 children by the time they were 28. Through the years they have continued to stay true to what they both love about design, family & Britain and gone on to create the largest vintage and music festival Vintage at Goodwood and through Hemingway Design build affordable and social housing. Really, truly inspiring stuff. 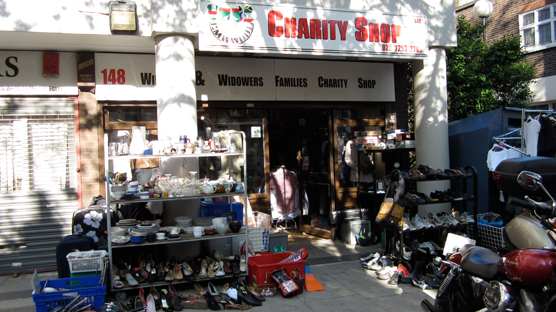 When I heard the talk was being held at the Museum of London I decided to walk there from Hackney Wick via the Barbican which I haven’t visited for a while. My route down Whitecross street was a stroke of luck as I discovered a fantastic charity shop stuffed with this-that-and-everything. I bought myself a pair of unworn 1980’s turquoise leather brogue-ish slip ons. This was definitely an early indication it was going to be a good day! I was also delighted to discover Wayne’s favourite Londoner is Dick Van Dyke. Ha!

« The One That Got Away
Printmaking Workshop with Zeena Shah »